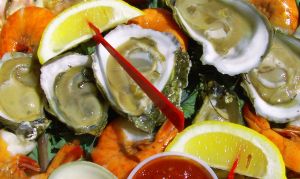 Oysters are a type of marine mollusk with a rough, irregular shell, found on the seabed of temperate coastal waters. Oysters have been cultivated as food for more than two thousand years; they are shucked and eaten raw, cooked, or smoked. The top of an oyster tends to be flatter; the bottom is more bowl shaped. On-the-half-shell oysters are left in the bottom half.

The flavor of an oyster is determined by the species and by its home waters. Oysters are classified by their point of origin: Pacific or Japanese, Atlantic or Eastern, and Olympia.  Specific names usually indicate their exact point of harvesting.  In general, Pacific oysters, such as Hama Hama, Hog Island, Quilcene, Tomales Bay, Wescott Bay and Kumamoto, are known for their creamy texture and slightly mineral flavor. Atlantic oysters, such as Cape Cod, Chesapeake, Kent Island, Long Island, Malpeque, Wellfleet, and Blue Point, have a saline, oceanic taste and crisp texture. The relatively small Olympia (originally from Puget Sound) has been overharvested in the past, but is making a comeback.

Fresh live oysters have a sweet, mild smell. The shells should be tightly closed and feel heavy. If an oyster stays open when touched, do not buy it. If you are eating them raw, the oysters should be fresh and shucked within a few hours before serving. Only buy shucked-for-you oysters that are plump with totally clear liquid.

Put live oysters out on a large tray and cover with a damp cloth. You can keep them in the refrigerator for one to two days, but make sure the cloth stays damp. Refrigerate shucked oysters in their liquor in an airtight container for up to two days. Frozen oysters can be kept for three to four months.

If you don’t have a Chesapeake stabber (an oyster-shucking knife), open the bivalves with an old-fashioned can opener, the kind some people call a church key. Scrub the oysters well with a stiff brush under cold running water. Rinse well before opening. Reserve the liquor.  If you soak oysters in club soda for about 5 minutes, the oysters will usually be easier to remove from the shells. Hold an oyster, curved side down, in one hand on a folded kitchen towel. Locate the spot where the top shell meets the bottom shell at the pointed tip of the oyster.  Holding the can opener, pointed end up, in your other hand, wedge the tip of it into the crack separating the shells, about 1/4 inch below the pointed tip of the shell.  Push the end of the can opener downward, and the shell should pop open from the leverage.  Run the can opener around the inside of the shell to open it completely.  To loosen the oyster meat from the shell, run a dinner knife under the meat. 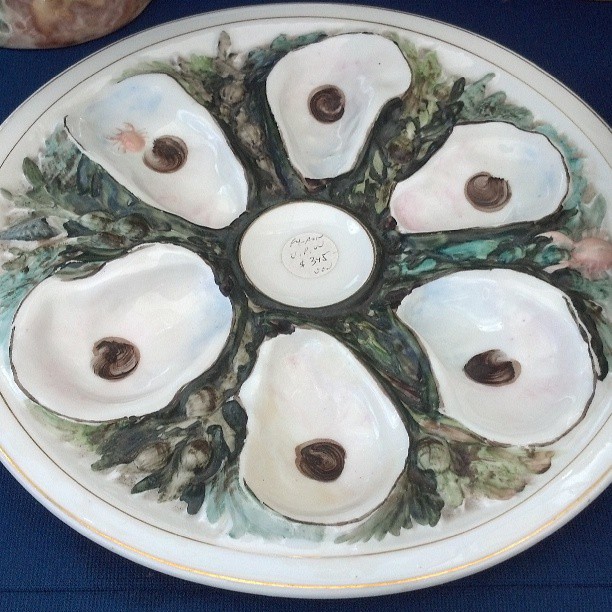