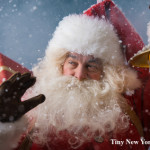 The fat, jolly man who delivers toys to all good children in just one night is known by many different names throughout the world. In English-speaking countries he is most commonly referred to as Santa Claus or Father Christmas. The name Santa Claus comes from the Dutch Sinterklaas or Sint Nicolaas. Saint Nicholas was born in the third century in a part of Greece that is now Turkey. He devoted his life to helping the sick and needy, especially children, and was eventually made bishop of the city of Myra, which no longer exists. He was venerated throughout Europe and the date of December 6, said to be the day on which he died, was dedicated to him. From the thirteenth century onward, it became customary for bishops to hand out small gifts to children on this day. In many countries, December 6 is still the day on which Christmas presents are exchanged.

In early seventeenth-century England, as a show of resistance to the Puritan disapproval of traditional Christmas festivities, the spirit of Christmas was personified in the shape of a fat, bearded man dressed in green fur-lined robes, thus giving rise to Father Christmas. He was also known as Sir Christmas or Lord Christmas, although he was not yet associated with gift giving or children.

It was in North America that the modern image of Santa Claus was born, as colonists merged the legends of Saint Nicholas and Father Christmas. In his History of New York (1809), Washington Irving translated Sinterklaas as “Santa Claus.” This figure was given further shape by the classic poem “A Visit From Saint Nicholas,” better known today as “The Night Before Christmas,” which was first published in a New York newspaper in 1823. It was this poem that gave rise to the legend of Santa’s reindeer.

Contrary to legend, it was not the Coca-Cola company’s famous Christmas advertising campaigns of the thirties that first introduced Santa’s traditional red costume. The modern depiction of Santa in red was actually started in 1885 when a Christmas card designed by Boston printer Louis Prang went on sale. 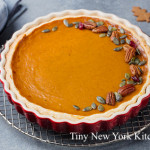 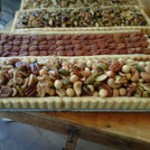 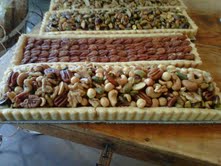 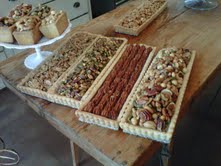 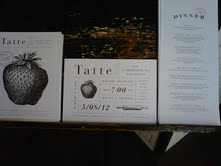 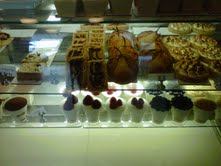 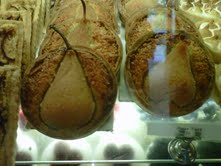 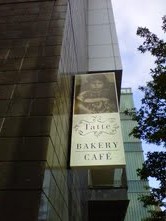 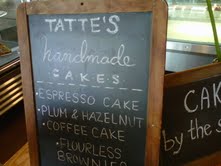 Yesterday I was on foot from my hotel to the M.I.T. graduation ceremony at Killian Court.  It was early in the morning and I hadn’t eaten a thing although I had managed to choke down a couple cups of lousy hotel coffee.  I ended up walking past a bakery that smelled divine, and stopped dead in my tracks.  Some backpacked students briskly walked past me and shouted out, “that place is super expensive, but tastes great!”  I thought to myself, “my kind of place,” and ventured in.  What a place!  The displays were unbelievable and the smells even better.  I picked up an almond croissant and an apricot brioche and carried them to the graduation ceremony.  I figured that I would be sitting there awhile and needed something to nibble on.  Each bite was heaven.

Apparently, Tatte Bakery & Café is brand new with its grand opening a month ago.  They serve breakfast, lunch, dinner and take-out cookies, cakes and pastries.  You can check them out at www.tattecookies.com. 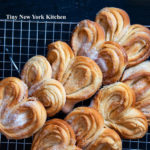 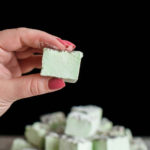 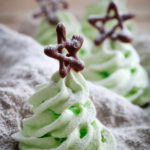