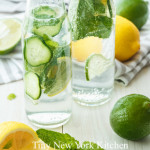 Cool down this summer with healthy tips and tricks to stay hydrated.

Bubbles: Try a splash of 100 percent fruit juice in a sup of sparkling water. Remember to limit your juice intake to no more than 8 ounces per day. You can also mash up fruit such as raspberries or blueberries, and cover with sparkling water. You will have a colorful and fizzy treat that adults and kids will enjoy.

Iced Tea: There’s nothing like a glass of homemade iced tea in the summertime. Brew green or white tea, and then chill. Instead of sugar, add a bit of fresh squeezed citrus for a twist.

Coconut Water: Coconut water is a natural source of electrolytes and a great replenisher after a long day of sports and outdoor activities. Keep in mind that plain coconut water has 46 calories per cup.

Infused Water: Make your own infused water by using an infuser carafe. Fill the inner tube with sliced fruit and/or herbs, and then add water. Chill in the refrigerator. You’ll always have a wholesome, refreshing drink on hand.

Plan Ahead: Freeze a few bottles of water the night before you plan to spend a day outside. 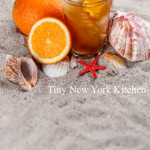 Iced tea did not take its current form until the popularity of black tea took off, thanks to the work of the Indian Tea Commission at the St. Louis World’s Fair in 1904. As the legend goes, Richard Blechynden, the head of the commission, watched the fairgoers pass by his elaborate teahouse as the sweltering temperatures made hot beverages unpalatable. Driven to increase the market for Indian black tea in the States, he hit upon the idea of not only serving it iced, but also perhaps more importantly, giving it away for free. His booth was soon the most popular at the fair as the patrons found his golden beverage to be the perfect refreshment.

Spurred on by his success in St. Louis, Blechynden toured the country, giving away more and more iced tea, quickly spreading its popularity nationwide. Brewing the perfect iced tea at home, complete with sweet and often fruity syrups, soon became the hallmark of a great hostess. Iced tea was mixed with all sorts of flavors in delicious punches; lemon, mint, strawberries, cherries, and oranges, whether fresh, preserved, or in syrup form or, for the more mature palette, brandy and bourbon to give it a little extra kick. And though few still have time for such an elaborate and time-consuming production (early recipes recommend beginning to brew tea at breakfast for service at dinner), iced tea remains an American favorite, available in bottles, cans, and even from a soda fountain.

To make iced tea use double the amount of tea or teabags that you would use for hot tea when you’re planning to chill the drink. And allow the tea to come to room temperature before you put it into the refrigerator. Fill an ice cube tray with tepid tea and freeze for ice that won’t dilute your drink. You could also float some minced mint or fruit in the cubes for a special treat. 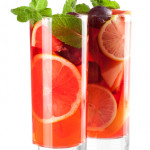 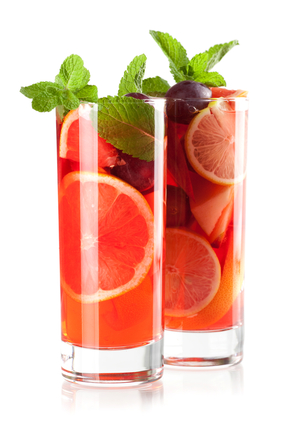 This Ruby Red Grapefruit Iced Tea is so refreshing. If you want to make ahead then add the ice cubes before serving.

Place tea bags and boiling water in a large-size bowl and set aside to infuse for 5 minutes. Remove the tea bags and allow the tea to cool completely. Add the grapefruit juice and agave nectar. Stir to combine. Place the mint, grapefruit slices, ginger and ice cubes in a 42-ounce capacity jar and pour the tea mixture over to serve. Pour into ice tea glasses and garnish with a single cherry. Makes 42 ounces. 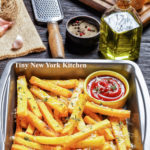 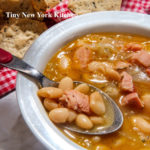 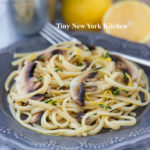 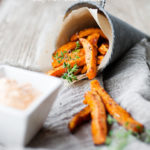 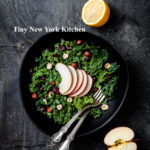