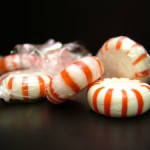 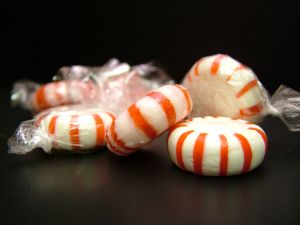 Peppermint is truly an ancient flavor. Its strong, but pleasant flavor is an ancient herb that is thought to have been cultivated by the Egyptians and the Romans. Peppermint is an herb that yields a pungent oil. The oil of peppermint is a volatile essential oil distilled with steam from the herb. It is widely used for flavoring and consists mainly of menthol and menthone. Peppermint is indigenous to Europe and Asia and has been naturalized in North America and is found near streams and in other wet sites. It is cultivated in Europe, Asia and North America for its essential oil. The peppermint that we know today is an English hybrid developed in the 17th century. Apparently, every colonial herb garden most likely included peppermint as a cure for indigestion and toothache.