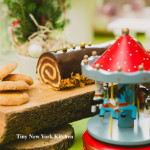 The origins of the Yule log can be traced back to the Norsemen of northern Europe. Jol or Jule (pronounced “Yule”) was a festival celebrated on the Winter Solstice in honor of Joinir, also known as Odin, the god of ecstasy and death. Feasting and drinking would take place around bonfires, and fires would be lit in hearths.

This tradition spread to other parts of Europe, where tree worship was already part of pagan rituals. Households would venture into the woods on Christmas Eve and cut a log from an oak tree, which was then transported home, with much singing and merrymaking along the way. The log would be put on the fire, which would be kept burning for twelve days. This was believed to bring health and productivity to the family and their crops for the coming year and protect them from witchcraft and demons. When the fire was finally extinguished, a small piece of wood would be kept and used to light the next year’s log. Often the ashes would be scattered over the fields to ensure fertility.

Later on, the yule log was used as a decorative centerpiece for the Christmas table, and as stoves replaced giant household hearths, the pastry or chocolate logs we are familiar with today came into being. 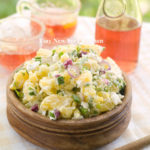 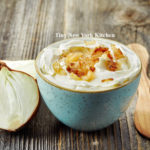 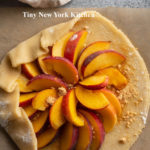 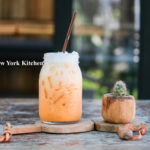 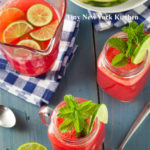