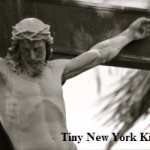 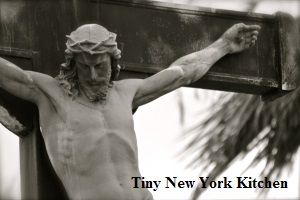 The Feast of Corpus Christi (The Most Holy Body & Blood of Christ) goes back to the early 1200s in medieval Europe.  However, in 1264, Pope Urban IV decided to extend the Feast of Corpus Christi to the universal Church.  He wanted to strengthen faith in and devotion to the Eucharist at the time when a number of evangelical movements in France and Italy were embracing ideas and attitudes that were inconsistent with the faith of the Catholic Church.  Some denied the Eucharist was sacrament.  In reaction, popular movements of intense devotion to the Eucharist sprang up in northern Europe.  The focus on the devotions was the host itself.  It became customary to reserve the host in the tabernacle, as is still done today, and to expose it in the monstrance on the alter.  The practice of ringing bells at the time of the elevation of the host so that everyone in church would look at it was also begun during this period.

There is another reason that Pope Urban IV decided to make Corpus Christi a universal feast day.  An event took place in Italy that excited the local population.  In the small Italian town of Bolsena, located in Umbria, a German priest who was on a pilgrimage celebrated Mass in the Church of Santa Christina.  The unusual thing that happened during the celebration of Mass was that the German priest it seemed had experienced some serious doubts about the transubstantiation of the bread and wine during the Mass.  He had begun to doubt that they became the Body and Blood of Jesus Christ.

During the Mass, after the consecration, his doubts disappeared.  He saw blood issuing from the host and staining the alter cloth.  Reports of the miracle quickly spread throughout the village of Bolsena.  A procession was formed which brought the bloodstained cloth to Pope Urban IV who was in Orvieto at the time.  It was only after seeing the bloody cloth that the Pope decided to make Corpus Christi a feast for the Church throughout the world.  About 750 years later Catholics still celebrate the feast given birth by the revitalized faith of a German priest and the good people of a small Italian village.