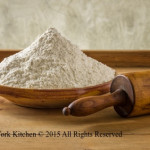 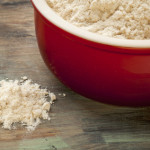 I get many requests for gluten-free recipes. There is no need to purchase those gluten-free box mixes that line the supermarket shelves. It’s easy to make your own All-Purpose Gluten-Free Flour. When converting a recipe to gluten-free, you may want to increase the egg amount by adding one extra egg to help ingredients bind together. 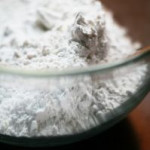 A Few Words About Flour

A Few Words About Flour

Playing with different flours in your favorite recipes can create new flavors, aromas and textures. Try using a little of another kind of flour in recipes that call for refined white flours; aside from having less flavor, white flour has been stripped of most of its fiber, minerals and vitamins. For people with wheat sensitivities, there are quite a few non-wheat flours.

While all grains can be ground to make flour, they are not all interchangeable with wheat. Each grain has its own personality, and flours have textures that range from silky to grainy. When experimenting with substituting them for white flour, do so a little at a time. For instance, if a recipe calls for 1 cup of wheat flour, substitute 1/4 cup of another variety. See how that works, and then add more or less alternative flour depending on the success of your results.

Make sure to store flours in a cool, dark place, preferably the refrigerator or even the freezer. Allow flour to come to room temperature for accurate measuring.

Gluten Levels And Why They Matter

It is important to keep in mind that all wheat flour contains a high amount of a protein known as gluten. Gluten is responsible for the stretchiness of dough, which allows it to hold air bubbles during rising, producing light and shapely baked goods. If using a large amount of non-wheat flour for baking, you may need to add wheat gluten (basically wheat flour without the starch) in order to produce uniform, well-risen baked goods. In recipes where rising is less of an issue (for coatings or pancakes, for example), there is no need to add gluten.

Amaranth: A strong, spicy, nutty-flavored flour. Best used as an accent flour in waffles, pancakes, cookies or muffins. No Gluten.

Buckwheat:  The edible fruit seed of a plant related to rhubarb. It is not related to wheat or other grains. High proportion of essential amino acids; close to being a complete protein. Commonly combined with wheat flour in pancakes, waffles, blintzes and pasta. Low Gluten.

Cornmeal (Blue):  Higher in protein than yellow cornmeal. Turns lavender in color when cooked. Use in muffins and corn tortillas. Kids love purple pancakes! No Gluten.

Cornmeal (Yellow):  Rich and buttery in flavor. Use for polenta, cornbread and muffins. No Gluten.

Oat Bran:  Contains soluble fiber, which can help lower blood cholesterol levels when eaten as part of a low cholesterol diet. Add oat bran to muffins or breads. Use as a coating for chicken and seafood. Low Gluten

Rye Flour: Yields baked goods that are moist and dense. Combine with caraway seeds in crackers and breads. Due to its low-gluten content, it is often mixed with whole wheat flour to increase its rising ability. Low Gluten

Soy:  High in protein, it is often used as a protein booster. Usually combined with whole wheat flour to increase its rising ability. No Gluten.

Spelt: An ancient grain gaining popularity today as a wheat substitute. Similar to high protein wheat. If substituting for wheat in a recipe, reduce the liquid by 25%. Low Gluten

Teff:  Rich in calcium, protein and iron; sweet malty flavor. Use in quick breads, pancakes and waffles. Use to thicken stews, soups and sauces. Teff is a major crop in Ethiopia, where the flour is used to make the typical spongy flatbread infera. No Gluten