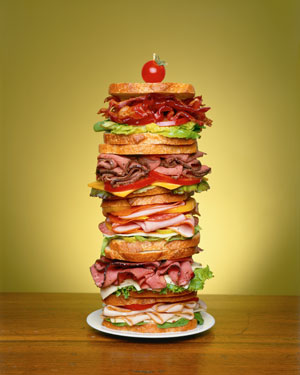 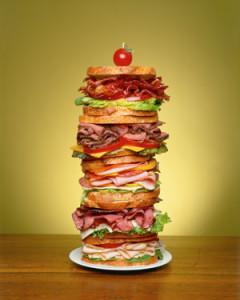 The Dagwood sandwich has been around for quite awhile.  It is a tall, multi-layered sandwich made with a variety of meats, cheeses and condiments.  This mammoth sandwich was named after Dagwood Bumstead, a central character in the 1936 Blondie comic strip.  Dagwood was frequently shown making enormous sandwiches.  There is no set recipe for the Dagwood so feel free to be creative!