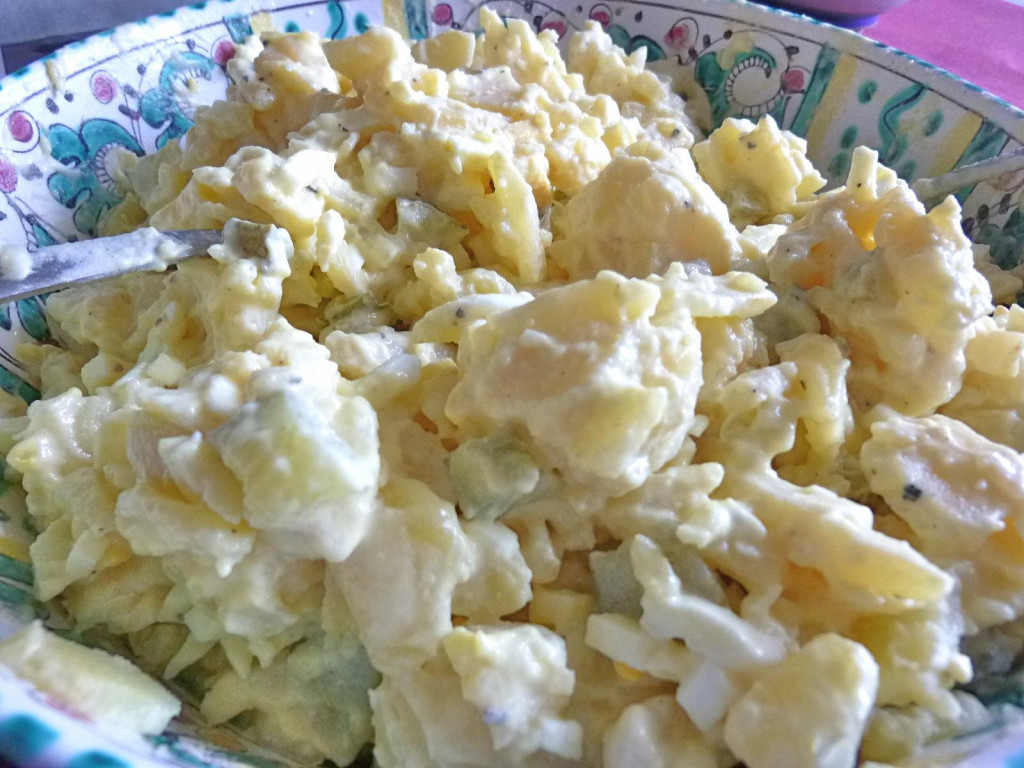 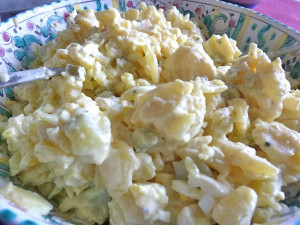 There are many versions of potato salad both family varieties and ethnic varieties.  Potato salad recipes were introduced to America by European settlers who adapted traditional foods to local ingredients.  This accounts for regional potato salad variations in the U.S.  Potato salad became popular in the second half of the 19th century.  Cold potato salads evolved from British and French Recipes.  Warm potato salads followed the German preference for hot vinegar and bacon dressings served over potatoes.

Place the potatoes in a large pot of water.  Bring to a boil over high heat.  Cook the potatoes for 15 minutes until they are tender.  Drain the potatoes and set aside.  In a large bowl combine the mayonnaise, vinegar, salt and pepper.  Add the potatoes, celery, onions, hard boiled eggs and chives.  Toss and coat thoroughly.  Serve immediately or refrigerate for at least 2 hours.  Serves 6