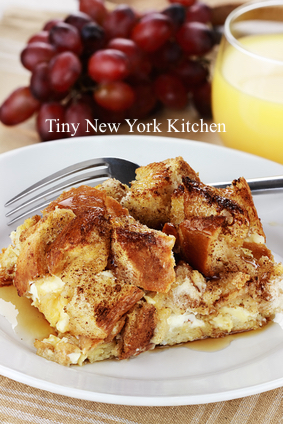 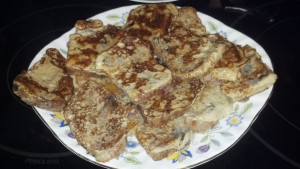 I had some leftover cinnamon bread that was on its last legs.  I decided to make French Toast out of it and I have to say that Cinnamon Bread French Toast is amazing!

In a shallow bowl beat together the eggs, milk, sugar and vanilla.  Cut the bread in half and dip the bread halves into the egg mixture.  Coat both sides by letting the bread soak in the egg mixture for 10 seconds per side.  On a griddle or in a skillet melt 1 tablespoon of the butter over a medium heat.  Add half of the bread slices and cook for 3 minutes per side until golden brown.  Repeat with the remaining butter and bread slices.  Serve warm and serve with maple syrup.  Serves 4 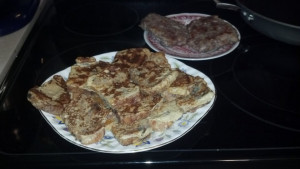