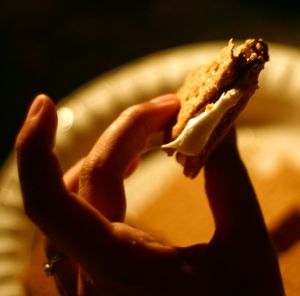 The first published recipe for S’Mores is attributed to Loretta Scott Crew whose recipe appeared in 1927’s Tramping and Trailing With The Girl Scouts. Graham crackers with melted marshmallows and chocolate prepared over a campfire, this camping favorite is great for our nation’s birthday!  Since 1927 there have been many variations of the famed S’More.

OR you could make a S’Mores Milkshake.

The Lazy Way To Cook